“This is our latest limited edition print of cricket at the  Wormsley Estate in Buckinghamshire.  I have been fortunate enough to have played there many times since Sir Paul Getty’s inaugural match in 1992 which was attended by the HM Queen Mother, Sir Michael Caine, Sir John Major, Brian Johnston  and many others.  It’s come along way since then and now has a rich history of matches which include Women’s Test cricket.   It is without doubt one of the most beautiful private cricket grounds in the world.”  Jack Russell MBE 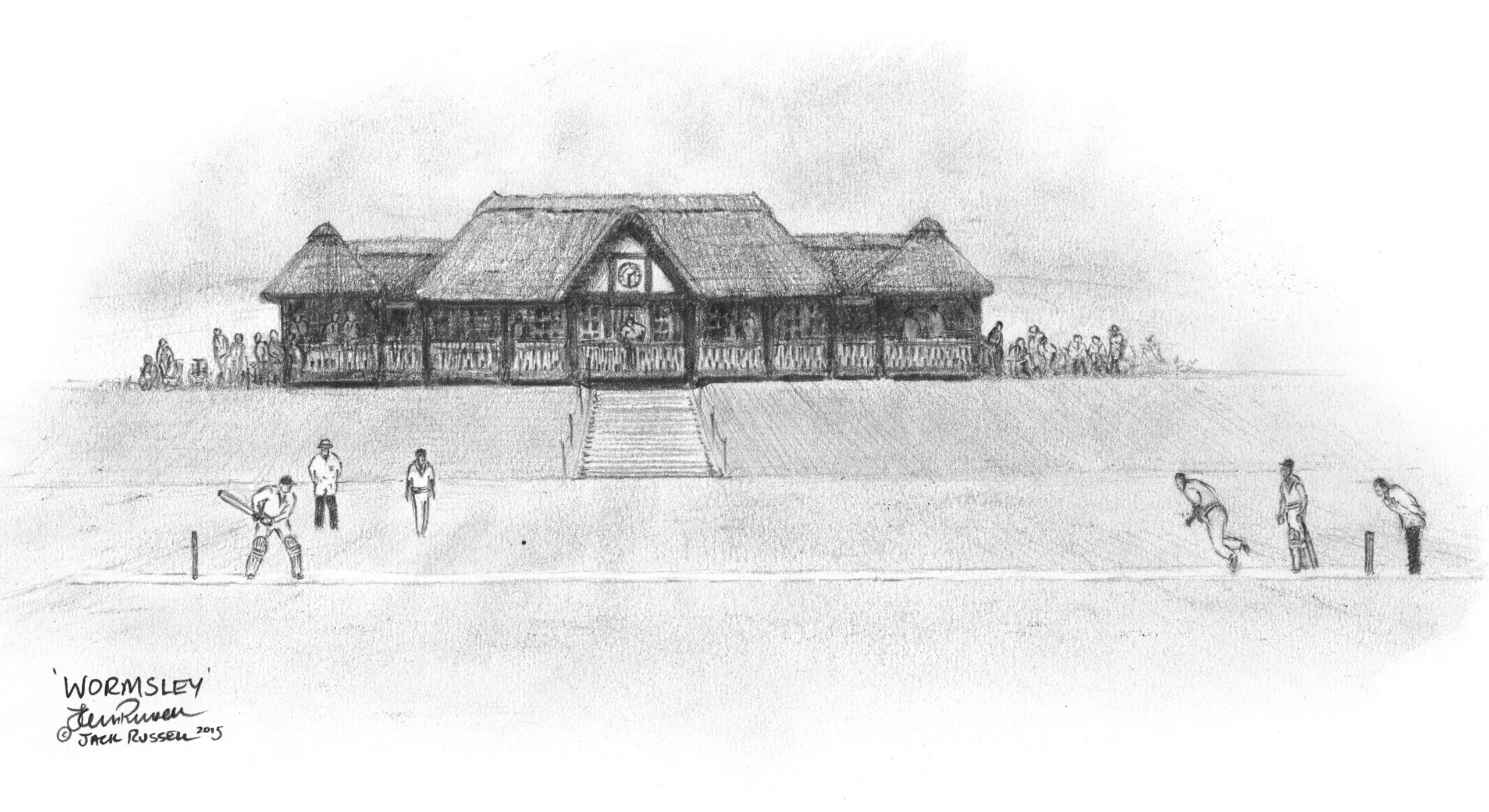